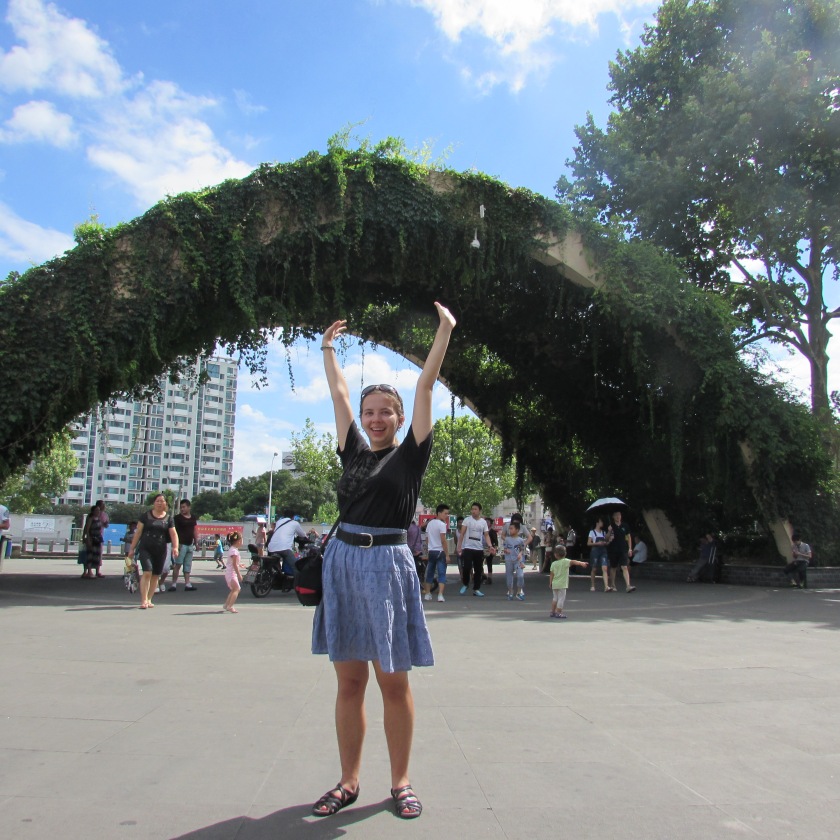 Well, once again, it has been a while since my last post, but here I am again.  I’ll talk more about my time in Japan in retrospect in the future probably, but for now, I’m going to focus on my current travels.  As I write this, I’m sitting in my hostel in Thailand, but I’ll start from the beginning.

At the beginning of August, I finished my year-long study abroad in Japan and after rushing and stressing through the last few weeks of finals and packing I had a couple of quiet days with my host family before I was off to Shanghai (getting the visa for China was kind of annoying, but not nearly as difficult as I had been led to believe).

In Shanghai, I was met by my good friend Qian who I met in Japan (he came from Guangzhou, a large city in southern China, in order to meet me at the airport in Shanghai).  We planned most of this trip together and he was with me for over 3 weeks.  (If you’re curious, Qian speaks English relatively well, but we can use English or Japanese to understand each other; a lot of the kanji for Chinese and Japanese are the same or very similar, so me knowing the kanji for some things helps communication, but we usually stick to English because he says it’s easier for him than speaking Japanese)

After a loooong subway ride into the city, we found our hostel and went out for food.  We went to a really small noodle shop with no English.  (This will be a common theme for most of the posts about this trip; having Qian to translate for me was amazing). The food was good, if a bit bland (yet another common comment you’ll hear from me about China xp).  Then we went for a walk to explore and talk…and we got lost.  Like really really lost.  Didn’t help that his phone seemed to be drunk and couldn’t decide where to lead us as he asked it for directions (“That way…?  No, no, wait, I think it’s that way….Turn around. Wait, where were we going again…?”).  Eventually we found our way back though after stopping for ice cream (Qian was appalled that I bought the “expensive” ice cream which was like two bucks; China is usually unbelievably cheap, as I came to notice the further we got from Shanghai).

The next day was our only full day in Shanghai and we spent it at the zoo.  It was a fairly average zoo as zoos go, but I still enjoyed it. 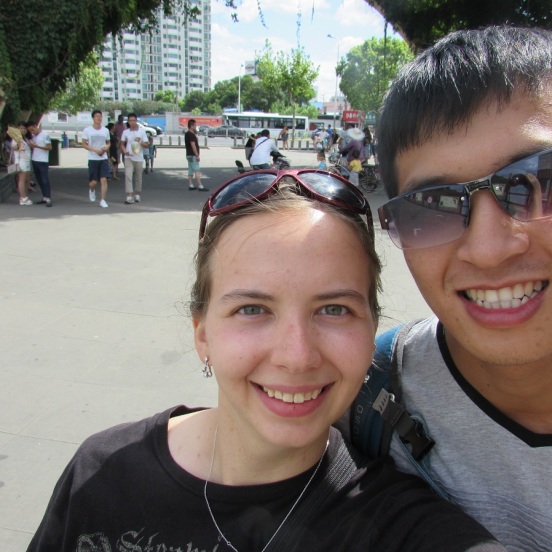 (That’s Qian, by the way, in case you couldn’t guess xp)

That night we watched Shindler’s List that Qian had found with Chinese subtitles which was really good and a nice way to wind down and prepare to ride another plane the next day.  Aside from that, Shanghai was pretty uneventful.